The current bull market in stocks will reach its 8th anniversary tomorrow, and for about the last four years, professional investors and financial planners have been scratching their heads. The markets have gone up and up and up, and we all know that they won’t go up forever, which means there’s a correction looming somewhere on the horizon.

The problem is that the wisest professionals generally know what a market top looks like—and what it doesn’t. For most of those eight years, investors were constantly looking over their shoulders, waiting for the next shoe to fall, being very cautious about their stock allocations. As long as that generalized anxiety persisted, it was unlikely that we would see the exuberance and overconfidence that typically precedes a major market decline.

The markets generally top out when the average person starts feeling like he or she is missing out on future returns. Suddenly money that has been on the sidelines for years starts to flow back into the market, causing it to rise faster than it ever did during the buildup early years of a bull market. You start to see pundits, touts and market prognosticators get really enthusiastic. Nobody could see any sign of that swell of overconfidence—until now, with what Wall Street has been calling The Trump Trade. The trade means that people everywhere are investing in anticipation of lower corporate taxes and fewer regulations.

An excellent description of how to spot a market top was published on the MarketWatch website, entitled “7 Signs We’re Near a Market Top, and What to Do Now.”

What are the signs? The first one is when you see retail investors start pouring money into stock mutual funds, in fear of missing out on another year of growth. Second, the survey of professional investors starts showing a low proportion of bears to bulls, basically meaning that the bear market prognosticators (and there are some who nearly ALWAYS predict one) start to give in.

Third, market sentiment indicators like the VIX index (that tells us what traders think of future market volatility) start to look complacent. Fourth, you see record price/earnings ratios, which means people are ignoring value and simply expecting future growth. Fifth, investors are finally starting to forget the last market crash, and have stopped looking over their shoulders. Sixth, the article says that the Nasdaq index of mainly tech stocks will begin a bull run. And seventh, investors reach a tipping point where greed outweighs fear. Instead of fearing a market pullback, they fear missing out.

Does any of this look familiar when you look at today’s markets?

To many professional investors, the signs are everywhere that the investment markets have finally reached those last heady stages of a bull market, when prices begin to soar faster than they ever did in the run-up. You can’t expect a major, painful bear market until those conditions have been met, and we’re finally meeting them now. You’re going to hear that earnings per share for American corporations have been beating expectations in the latest quarter, but as the chart shows, the margin has shrunk.

With all this wisdom and insight, what’s the best course of action? Trying to time the market is never a good strategy. Even though valuations are high right now, there is no good reason, with all the euphoria, that they won’t keep getting higher—and the euphoria could last days, weeks, months… or years. If you get out now, there’s a good chance you’ll miss the most exciting part of the bull market.

More importantly, if you get off of the roller coaster and do manage to miss the next dip, how will you know when to get back in again? Bear markets have a habit of suddenly reversing themselves, and it’s possible that by the time you feel confident that the market is finally on an upswing, you’ll be buying at prices higher than what you sold for.

A better possibility is to quietly start to raise the cash allocation in your portfolio, with the idea that when the bear market finally does manifest, you’ll have money to invest at bargain prices. This isn’t for the faint-hearted, however, since it’s tough to miss the last stage of a roaring bull, and even tougher to re-invest when everybody else is selling out.

A safer way to weather the storm is to simply hang onto the restraining bar in your roller coaster seat and endure the bumpiest part of the ride. If you believe that stocks will eventually recover, as they always have in the past, then eventually you’ll be looking at gains again while a lot of your friends and neighbors will have sold near the bottom in the last stages of a bear market capitulation.

Most importantly, you should recognize that the best, most seasoned market watchers can and will be way off on their timing. You can’t rely on any of us to know the future. That MarketWatch article that talked about the seven signs of a market top? It advised people to start edging out of the market as soon as possible, because the red flags, it said, were everywhere. 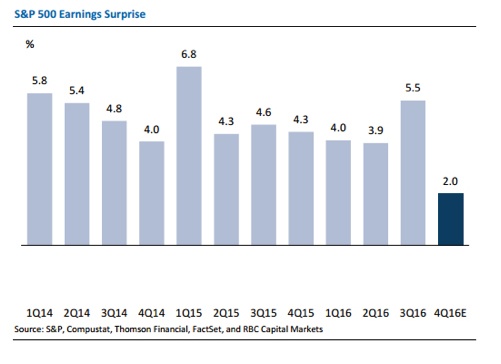