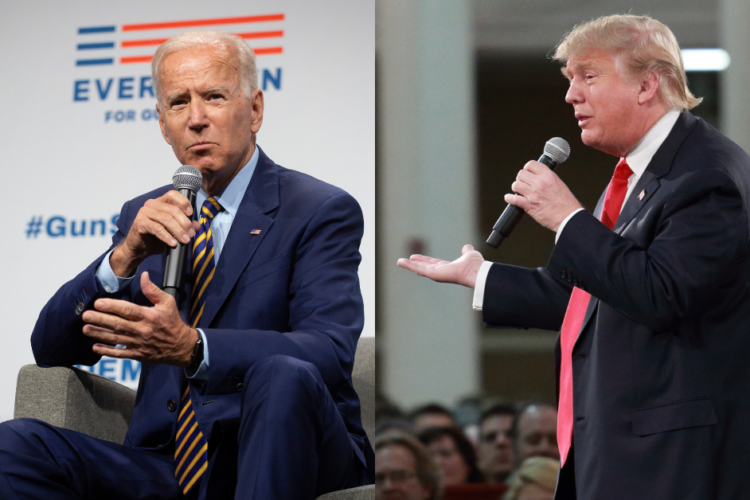 While we certainly don’t know the outcome of the US presidential election coming up just a few weeks from now, we do know that whoever wins the election will be leading the country and will also be primarily responsible for setting the legislative agenda for the next four years. At the same time, one of the central concerns most of us have for any presidential administration is its tax policy. After all, taxes are one aspect of government that reach all of us personally—including our pocketbooks! So, as we look ahead to November, it’s a good idea to take stock of where President Trump and former vice president Biden stand on the matter and also think about ways that their two alternatives could affect your taxes and your financial planning.

With the incumbent, we have the advantage of seeing what he has done for the last four years. And indeed, the President has signaled that if he is re-elected, he is likely to maintain the most important outlines of his existing tax system. He has suggested that certain provisions of the 2017 Tax Cuts and Jobs Acts (TCJA) that are set to expire in future years—including the nearly doubled standard deduction, a much higher estate tax exemption, and expanded child tax credit, all currently expiring in 2025—would be extended or made permanent under his administration. While details of how this would be accomplished remain unclear at present, it is almost certain that President Trump would seek to maintain relatively low taxes on corporations and high-earning individuals. He also continues to press for favorable tax treatment for corporations that bring back jobs from overseas, along with certain unspecified “middle-class tax cuts” that would likely involve reductions in the marginal rates for certain taxpayers.

The former vice president is generally calling for higher taxes on the wealthiest individuals (those earning $400,000 or more annually) and on corporations. The current top bracket for individuals is 37%, and Mr. Biden would raise that to 39.6%. He would also raise the corporate bracket rate from its current 21% (reduced from 35% by the TCJA) to 28%. The top rate for capital gains would also be expected to rise, perhaps to 39.6% (the current top rate is 20%). Several benefits created for higher-income earners under the TCJA, currently set to expire in 2025, would likely be repealed sooner, and a Social Security (OASDI) payroll tax of 12.4% for those earning in excess of $400,000 annually could be imposed. Turning to estate planning considerations, a Biden administration is likely to look at lowering the exemption for estate tax, currently at $11.6 million per individual ($23.2 million for a married couple). Some Democrat lawmakers favor a ceiling of $3.5 million. It is also possible that the rate of taxation could be raised. The current rate for estates above the exemption amount is 40%, but some Democratic proposals would raise the rate to as much as 77%.

Of course, whoever is elected as president must still get their desired legislative agenda passed by both houses of Congress. This means that in addition to learning who will be the ultimate victor in the run for the White House, it will be very important to watch what happens with key Senate and House races. For example, if Trump wins re-election but the current Republican majority in the Senate disappears, it will be very difficult for him to gain passage for the bills he favors, especially since Democrats are currently expected to retain their control of the House of Representatives. Conversely, if Biden is elected, he may face an uphill battle with a GOP-majority Senate, though he will probably have an easier time in the House.

In other words, the winner of the presidential election, regardless of who it is, must still manage to get the votes needed in both houses of Congress to get his program enacted into law. And that is almost certain to be complicated, no matter which scenario plays out.

What Should You Do?

Given the broad outlines of both candidates’ plans for taxation, individuals should evaluate their tax and investment strategies accordingly. If President Trump is re-elected, it seems likely that current strategies would still be largely viable. Those with larger estates might need to worry less about the 2025 sunsetting of the higher estate tax exemptions, since the chances of having those higher exemption levels extended or made permanent would be much greater. Income taxes might be reasonably expected to remain at current levels or even subside slightly for certain taxpayers.

In the event of a Biden presidency, small business owners may wish to pull as much earned and capital gains income as possible into 2020 in order to take advantage of the current, more favorable taxation policies. If Biden wins the election, it may be advantageous to maintain a salary below $400,000 and structure other cash flow as dividends, rents, or other forms of unearned income, to the degree possible. Income taxation for higher-earning individuals would likely rise to some degree, with levels remaining about the same or slightly lower for those earning less than $400,000.

If you have an estate valued above $3–5 million, it may be time to begin reviewing your planning documents, your gifting strategy, and other tools at your disposal to reposition assets in light of a lower exemption ceiling. Remember, the new, higher ceiling created by TCJA is already set to expire in 2025. But a Biden presidency could move that timeline earlier by several years, depending on the amount of support in Congress for such a move.

No matter who wins the White House in November, it is always a good idea to look ahead and plan. If you have questions or would like an outside opinion of your investment strategy, implications for taxes and estate planning, or some other aspect of your financial affairs, please contact my office for an appointment. Whether November looks red or blue, I am here to help you.