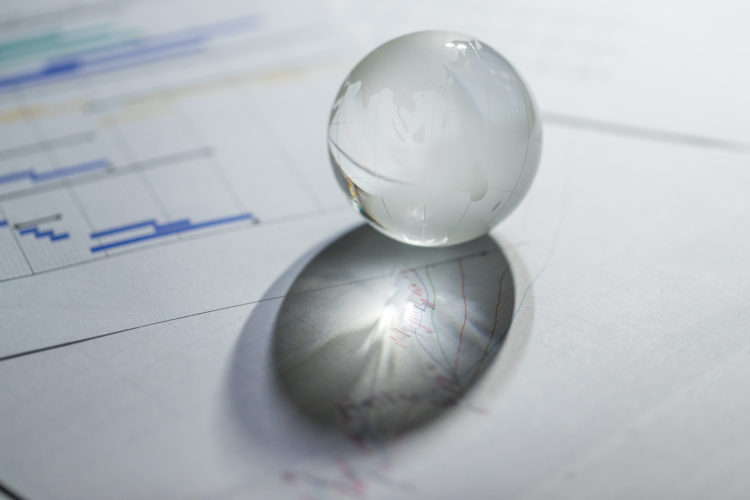 Recently a good friend and colleague posted an article from his “time vault.” Originally published in September 2019, the information presented here seems very timely, once again. We’ve made a few changes and additions for updating purposes.

We are all familiar with cycles. In elementary school, we learned the cycle of water: how it forms clouds, falls as rain, runs to the sea, and evaporates to form more clouds. We have all experienced the cycle of the seasons and even the cycle of human life. As the Bible says—and as the Byrds sang in the 1960s—“To everything there is a season.”

This is also true of the financial markets and the national and international economies that drive them. As this is being written, the US economy is experiencing the longest business expansion in its history. It has been 122 months since the current expansion started in June 2009. But, as with all cycles, this phase will end sometime. Because it has gone so long, some economists expect that the US economy may enter a recessionary phase sometime in the next eighteen months. Of course, no one can predict precisely when that will happen. In fact, recessions can only be dated after the fact. For example, the Great Recession that began at the end of 2007 was not officially designated as such until November 2008, 11 months after it started. [NOTE: the “Pandemic Recession” began in April 2020, seven months after this article was published.]

What we can say with some certainty, however, is that a recession will probably begin at some point within the next two years. It is inevitable, given the cyclical nature of the economy. Indeed, the current international trade situation, coupled with the inverted yield curve of US Treasury securities, are strong signals that an economic recession may be drawing nearer. [NOTE: when this was originally published, trade tensions were running high between the US and China. Today, the yield curve is again inverted, but the main causes of market instability are high inflation, rising interest rates, and the prospect of a worldwide business slowdown.] Recessions are never pleasant, even if they are unavoidable. But what should you do as an investor, when the next recession comes?

Part of the answer lies in the cyclical nature of the economy that we’ve already mentioned. Just like business expansions, recessions are cyclical; they don’t last forever. The Great Recession of 2007 was something of an outlier—it lasted for eighteen months, from December 2007 to June 2009. With that exception, the average recession since World War II has lasted just over ten months (the longest was 16 months and the shortest—the “Pandemic Recession”—was two months).

To make things even more interesting, the performance of the financial markets rarely mirrors exactly the beginnings and endings of a business cycle. For example, in the 2001 recession triggered by the dot-com crisis, the stock market fell 11% before the recession even began, on its way to a 30% loss. But then it rallied 20% before the end of the recession. During the Great Recession, the market turned positive in March 2009, three months prior to the “official” end of the recession. This, in fact, was the beginning of the longest bull market in history, during which the Dow rose from just over 6,000 to more than 27,000.

An important point to remember, then, as the headlines continue their ominous predictions, is that a recession, when it comes, is unlikely to last forever. You should also keep in mind that predicting the precise beginning and end of a recession is impossible, even for the government economists whose job it is to study such things. Finally, as with most cyclical processes, the business and economic cycles lie beyond the control of any single individual.

All this means that individual investors should continue to focus on things they can control: diversification, asset allocation, and rebalancing. If you are comfortable with your current asset mix, there is probably no compelling reason to change things around in an effort to “recession-proof” it. It’s also important to remember that history indicates periods of uncertainty in the financial markets usually prove—in hindsight—to be buying opportunities, which is helpful when rebalancing the portfolio to maintain proper asset allocation. Good diversification means that, while recessionary times may present challenges to one part of the portfolio, they may have less effect on another.

If you have questions about your asset allocation or your portfolio in general, be sure to speak to your financial advisor. At Empyrion Wealth Management, we are here to help you face the coming economic climate—whatever it is—with the confidence that comes from proven financial principles. To learn more, click here to read our white paper, “The Informed Investor.”