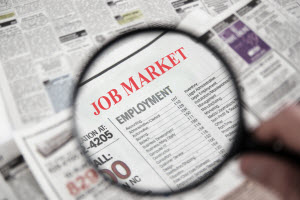 Headlines told us that the U.S. economy added 178,000 jobs in November, dropping the unemployment rate to 4.6%—the lowest level since August 2007, and surely an improvement over the 10% rates of the Great Recession. Those numbers represent great news, and indicate that the country is in strong shape!

Beyond that, part of the drop in unemployment was the result of new jobs, but a larger part was the fact that 226,000 people dropped out of the labor force in November, following a similar decline of 195,000 in October. The total labor force was 157.03 million in the U.S. in January 2015, and has risen somewhat sluggishly to 159.49 million in November 2016—despite 4.8 million new worker-age Americans coming into the economy. The bottom line: people are dropping out faster than they’re being hired—for some reason.

This is not intended to be discouraging news. The U.S. economy is clearly in much better shape today than it was five or eight years ago, and most people can find work if they want to. Among those who will be looking hard at the numbers behind the numbers are Fed chairperson Janet Yellen and her team of economists, who will want to know when—or if—the unemployment rate has dropped so low that there is real competition for labor, driving significant increases in wages, driving inflation up high enough that it will be necessary to raise interest rates. That will be a topic of debate at the next Fed meeting December 13-14.