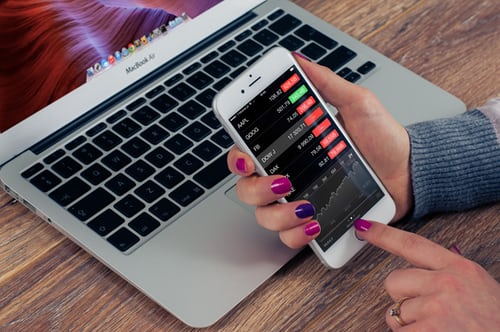 The recession officially started in the first quarter, with a 5% decline, before the country was slammed by the COVID-19 pandemic.  But the pandemic has made itself felt in the economy. We saw that in the second quarter, according to the headlines, the US economy lost 32.9% of economic activity—the worst single-quarter drop since World War II. By way of perspective, the previous record was a 10% drop in 1958, and the worst of the Great Recession saw an 8.4% annualized GDP drop in the fourth quarter of 2008.

What was not widely reported is that this is an annualized figure, meaning that the economy would lose roughly 33% of its total only if all four quarters declined at that same rate. The actual economic shrinkage was 9.5%; that is, the overall economy in the second quarter was 9.5% smaller than during the previous quarter.

What we didn’t see reported is that economic activity actually began to rebound in May and June, after a disastrous March and April. Factory production and construction appear to be coming back, although the travel and leisure industries, including airline travel and visits to amusement parks, continue to struggle. The unemployment rate has also fallen from nearly 15% in April to 11.1% currently. However, it should be noted that today’s unemployment rate is higher than it was at any time during the Great Recession. 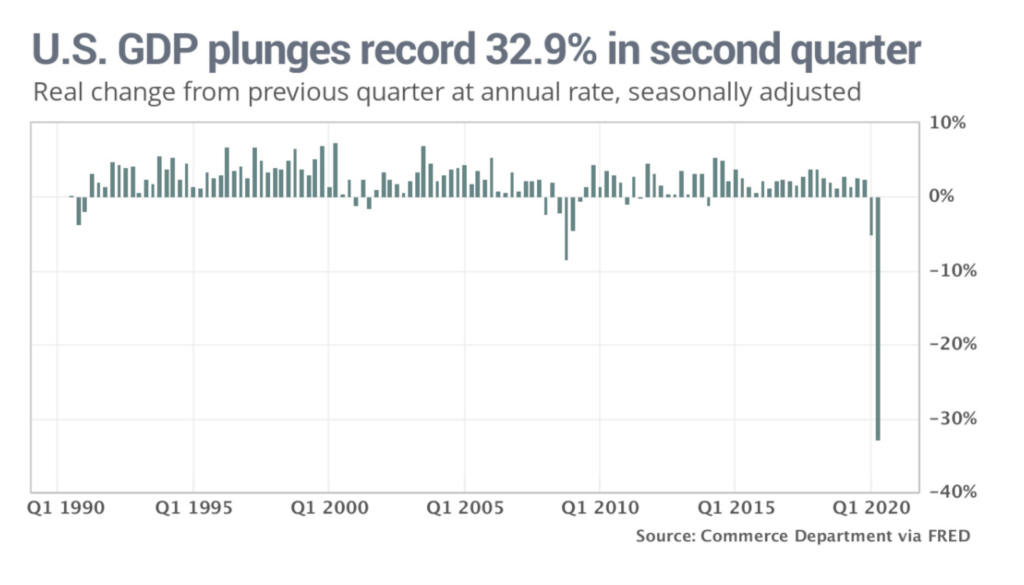 This is not an attempt to sugar-coat the current recessionary environment; the chart speaks for itself. We have experienced slow economic growth in the years since the Great Recession, and now growth has slowed as the country deals with shutdowns, social distancing, and increased hospitalizations. While some states like Florida, Texas, Arizona, and here in California may have to reimpose modified shutdowns, other states have largely escaped the worst of the coronavirus and are able to reopen.

But we should not ignore the positive data in the midst of the downturn. Congress is debating another bailout package for families at risk, and the Bureau of Economic Analysis reported that disposable personal income and the savings rate both jumped in the second quarter. In fact, the personal savings rate has risen from 9.5% in the first quarter (already an unusually high number for Americans) to 25.7% in the second quarter. This suggests that the CARES Act relief worked as intended.

Other figures have nowhere to go but up. Consumer spending contracted at almost exactly the same rate as the economy (down 34.6% annualized) over the second quarter, and investment in new housing dropped 38.7%. Both are now rising again, though whether that continues may depend on the next stimulus package. The inflation rate dropped 1.9% in the second quarter as companies cut prices to boost sales.

It is impossible to predict whether the worst of the economic devastation caused by the pandemic is behind us. There seems no question that other countries have done a better job of containing the virus than we have in America, and we all know that economic recovery will depend on getting people safely back to work. This downturn will leave its mark on many businesses and workers, and nobody expects the economy to get back fully on its feet until we find a vaccine that provides herd immunity. But we should remind ourselves that the US has faced many challenges in our 244-year history, and we have always persevered through, over, around, and under them. In the end, we have not only survived, but thrived! And there is no doubt that we will not only survive COVID-19, but we will thrive once again!