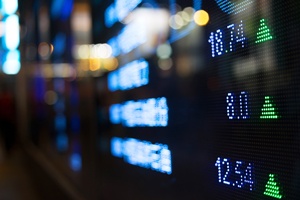 DFA, whose founders and advisers include leading purveyors of efficient-market theory, is built on the bedrock belief that active management practiced by traditional stock pickers is futile, if not an absurdity. DFA’s founders are pioneers of index funds. But these men concluded long ago that investors who respected efficient markets could nevertheless achieve better returns than plain index funds deliver.

“We think indexing is too mechanical,” co-founder David Booth said in a recent interview. “A little bit of judgment can make a difference.”

The Austin, Texas, firm remains all but unknown to the general public, since its funds are available exclusively through financial advisers or to big institutions. But the firm manages $445 billion and already holds at least 5% of the total shares outstanding of 545 U.S.-listed companies, it says.

Here’s how DFA invests: It designs its own indexes, often of small-capitalization stocks, then waits—for weeks, if necessary—until an eager seller is willing to unload shares at below the prevailing asking price in the market. Such tactics can minimize and in some cases even erase transaction costs, providing a small but meaningful boost to returns.

The firm often emphasizes cheap, small-cap stocks that are cumbersome for active managers to buy, whether because they are too tiny to make a difference for a portfolio or are costly to trade.

Research by Eugene Fama of the University of Chicago and Kenneth French of Dartmouth College, finance professors who also advise DFA and serve as directors there, has shown that stocks with smaller market capitalizations, as well as those trading at low prices relative to their asset values and those with above-average profitability, outperform in the long run.

Since its launch in late 1981, DFA’s flagship fund has returned an average of 11.8% annually; the Russell 2000 index of small-cap stocks has gained an average of 10.3% annually. Two-thirds of the firm’s approximately 50 stock funds have beaten their benchmark since inception, according to data from DFA.

Fees, on average about a third of a percentage point, are higher than generic index funds and low compared with traditional active funds, though individuals with access generally will already be paying a financial adviser.

DFA has leaned heavily on research from economists like Mr. Fama who taught at the University of Chicago’s business school, known for its embrace of efficient-market theory. Co-founders Mr. Booth and Rex Sinquefield both studied there, and since 2009, when Mr. Booth donated $300 million, it has been known as the Booth School of Business.

One minority investor in the firm is Austrian-born actor and former California Gov. Arnold Schwarzenegger, who said in an email that he had long admired economists from the University of Chicago, many of whom share ideas with the Austrian school of economics.

“I love that [Mr. Booth and DFA] have been true to their economic roots and have grown the company in a gigantic way without ever veering from their beliefs and theories of investing,” he wrote.

Messrs. Booth and Sinquefield and another person involved in the start of DFA, John “Mac” McQuown, helped launch the first index portfolios at Wells Fargo & Co. and American National Bank in the early 1970s.

DFA was the first investment manager to create an index fund of small-cap stocks after academic research conducted in the late 1970s showed that such companies had outperformed the overall market by roughly two to four percentage points annually. But with small caps, there were those big brokerage costs—often 2% or higher.

So DFA created a type of index that it would follow closely—but not exactly.

Much of DFA’s growth came after 1988, when a financial adviser named Dan Wheeler approached the firm, which then offered its portfolios exclusively to big institutional investors. A former stockbroker, Mr. Wheeler had often seen purportedly market-beating investments generate big commissions for brokers but losses for clients. Mr. Wheeler recalled recently he could find other “advisers with a conscience” and get them to offer DFA funds to their clients.

Messrs. Booth and Sinquefield took a chance on the idea of selling funds through advisers who wouldn’t charge commissions. Mr. Wheeler, now retired, set up a daunting steeplechase that advisers still must hurdle before they can market the funds. First, DFA staffers talk with prospective advisers, probing for any disqualifying signs of performance-chasing behavior. Advisers who seem in sync with DFA’s values then must pay their own way to attend a two-day training session at the firm.

Only then are they permitted to offer the funds—and DFA continuously hammers home more data on why active management, and other attempts to beat the market, fail. The result has been intense, almost religious, devotion to the firm among many advisers.

Cliff Asness, co-founder of AQR Capital Management, a close competitor, says DFA inspires such loyalty among advisers that “very few firms have been able to pull that off,” adding: “It comes from people feeling you have made them better at their jobs.”

Today, DFA faces three major challenges, competitors, clients and former employees say: Can it continue to grow without losing its edge? Can it maintain its prestigious reputation now that it has begun to expand into new markets? And can it fend off new competitors whose funds are often cheaper?

About 60% of DFA’s assets are now attributable to financial advisers, but the firm no longer has a lock on its market niche. Many advisers who once used DFA exclusively say they now combine its funds with comparable ones from several other firms.

“They’re no longer the only game in town, and they’re higher priced than the competition,” said Frank Armstrong of Investor Solutions Inc., an independent financial-advisory firm in Miami, who has invested his clients’ money with DFA since 1990.

Eduardo Repetto, DFA’s co-chief executive, says “the sense of quality is still there,” and that he expects much of the firm’s growth to come from overseas markets, where advisers haven’t long had DFA as an option.